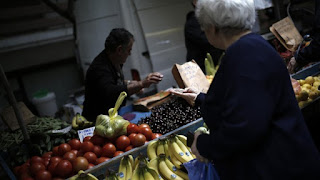 After months of agonising bailout negotiations between Greece and its creditors, one issue has proven more fraught than the rest: pensions reform.

At the insistence of the International Monetary Fund, creditors are demanding that Athens tighten the screws on what they believe is an unaffordable system. Officials from Greece’s hard-left, Syriza-led government complain they have already made painful adjustments and are threatening to blow up the talks.

So how generous is the Greek pension plan? How does it compare to others in Europe?

Until the crisis struck, Greece’s pay-as-you-go state pension system offered some of the most generous benefits in the EU, with pensions in some sectors, such as banking, rising to more than 100 per cent of final salaries. Tales of public sector workers taking retirement as early as the age of 50 have angered citizens in Germany and other creditor countries.

Now, after eight cuts in four years, the situation looks very different. Main pensions have been slashed 44-48 per cent since 2010, reducing the average pension to €700 a month. Contributors to a supplementary scheme receive a top-up averaging €170 a month.

About 45 per cent of Greek pensioners receive less than €665 monthly — below the official poverty threshold.