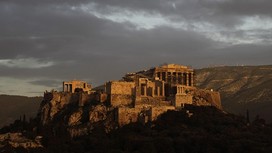 Greece has submitted yet another last-minute economic reform proposal to its bailout creditors — and its creditors have once again dismissed it as lacking.

The back-and-forth was the latest document exchange between Athens and Brussels as Greece tries to break a months-long impasse and gain access to desperately needed bailout cash. The process has become numbingly familiar in recent weeks — so much so that the European Commission has even given it a name: “paperology”.

But the most recent exchange differed in one vital respect: the mood of cautious optimism that has surrounded the talks in recent weeks is rapidly giving way to fear and suspicion. Gone this time were the private reassurances that a deal would ultimately be concluded, allowing the Greek government to receive an infusion of euros before its bailout expires at the end of the month.

Instead, officials from various institutions involved in the talks now worry that Greece’s hard-left government is dangerously miscalculating. Athens, they believe, is intentionally prolonging the negotiations to the last minute in a belief that its creditors will eventually “blink” and agree to grant wholesale debt relief and new bailout cash with few strings attached.