Leaving Greece to its own devices is not an option 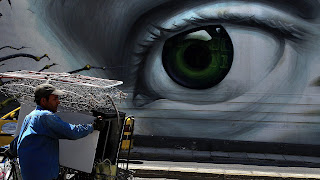 Spectators of the debt drama starring Greece and its eurozone creditors are shuffling uncomfortably in their seats. They do not know the ending, but every twist in the plot suggests that it is extremely unlikely to be happy.

The Greek state is slipping closer to official default on its loans, and even exit from the eurozone. This creates an impression that the drama, which began in 2001 with the fatal decision to admit Greece into Europe’s monetary union, is approaching a sort of Act V dénouement. But real life is not a play, when the curtains come down after a fixed period of action.

Some high-level eurozone politicians – by which I mean prime ministers and finance ministers – have made it clear for at least five weeks that they are ready to let Greece default and, if necessary, drop out of the 19-nation currency area. Yet not all have thought hard enough about what might follow. To say “good riddance to the Greeks, they’ve been unreliable and irresponsible, we’ll be better off without them” does not amount to a serious policy.