Knives out for Tsipras as Syriza hardliners threaten mutiny 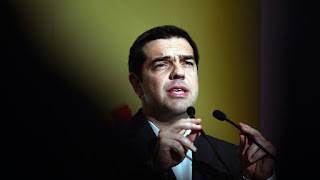 Even before Alexis Tsipras arrived back in Athens from Monday night’s emergency eurozone summit in Brussels, the knives were out in his fractious leftwing Syriza party.

Speaking with European colleagues, the Greek prime minister talked up his latest, more conciliatory proposals for a bailout deal in a last-ditch attempt to unlock €7.2bn of bailout aid and avert a default on June 30.

But members of Syriza’s restive hard left faction fear Mr Tsipras is about to agree to tax increases and pension cuts resembling the austerity measures he condemned while in opposition as “barbarous” and “unacceptable”.

The mood in the party turned mutinous on Tuesday, even as a leaked Greek version of the proposals claimed Athens had rejected tough demands by the creditors in favour of socially responsible alternatives.