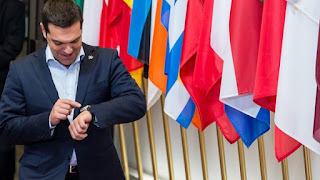 Only a week ago, officials on both sides of the negotiating table believed that a solution to Greece’s agonising stand-off with its creditors was mercifully at hand.

In a late-night meeting on the 13th floor of the European Commission headquarters in Brussels, Jean-Claude Juncker, the commission’s president, presented a five-page plan for Greece that had been hammered out days earlier among Europe’s most powerful leaders in private talks at the chancellery in Berlin.

If Alexis Tsipras, the Greek prime insister — who had flown in especially for the session — could accept the deal, or something close to it, the country would soon gain access to €7.2bn in bailout aid and avoid defaulting on its debts.

After the four-hour session, Mr Juncker thought he had a deal: Mr Tsipras had accepted new budget surplus targets that were tougher than Athens had hoped but lower than the existing bailout programme. Mr Tsipras disagreed with raising taxes on energy and many of the pension cuts, but agreed to return with a counter-proposal that would identify cuts elsewhere to make up the difference.

Since that moment last Wednesday, however, the putative agreement has fast unravelled.