If You Think Greece’s Crisis Will End Any Time Soon, Think Again 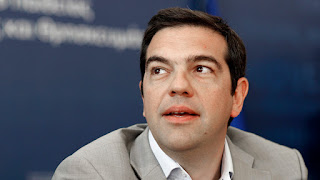 Frustrated by Greece’s cat and mouse game with its creditors? Get used to it.

What will ensue is a renewed battle after almost five months of trench warfare. The beleaguered country requires a third bailout of about 30 billion euros, according to Nomura International Plc analysts Lefteris Farmakis and Dimitris Drakopoulos. Tsipras says any aid must be on his terms rather than those of governments whose taxpayers have forked out billions in the past five years to keep Greece in the euro.

“Any plausible deal at this stage is unlikely to do enough and it’s unlikely to be the end of the matter,” said Simon Tilford, deputy director of the Centre for European Reform in London. “This could just play out again and again.”