Greeks chose poverty, let them have their way 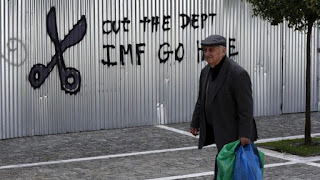 For more than five years, Greece has been Europe’s biggest concern. Instead of focusing on employment, or immigration, or the challenge of Vladimir Putin’s Russia, the continent’s attention has been on a country that represents 1.8 per cent of the eurozone’s economic output. It would be interesting to calculate how many hours Angela Merkel has dedicated to Athens in the past five years. Imagine President Barack Obama taking part in high-level talks for months on end, where little was on the agenda except the state of Tennessee. That, in effect, is what Europe’s heads of government have been doing.

In these five years the world has changed. China and India are undergoing profound transformations. The jihadis of the Islamic State of Iraq and the Levant (Isis) represent a new and serious threat to the west, as does Mr Putin’s revanchism. But European leaders, instead of devoting their summits to the question of how to best defend our economic and military interests, agonise over what to do about Greece.

Five years of negotiations that have achieved virtually nothing (the few reforms that had been adopted, like a small reduction in the inflated number of public sector employees, have since been reversed by the Syriza-led coalition). It is pretty clear that the Greeks have no appetite for modernising their society. They worry too little about an economy ruined by patronage.