Greek government suffers collapse in revenue in May 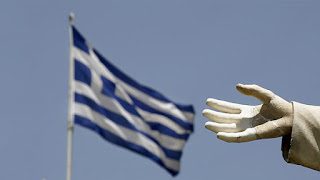 The Greek government suffered a collapse in revenue in May after companies and individuals delayed filing tax returns amid fears that emergency levies were imminent in order to secure a deal with bailout creditors.

The news of the sharp drop in receipts comes as eurozone finance ministers held a crunch meeting to discuss the country’s bailout.

As eurozone finance ministers gathered in Luxembourg, leaders appeared as deadlocked as ever and officials continued to minimise the chance of a breakthrough, raising the likelihood of a sovereign debt default.

Unless Greece agrees economic reforms with its creditors by the weekend, EU officials believe time will run out for Athens to access a much-needed €7.2bn tranche remaining in its bailout programme before it expires in two weeks.

Without the funds, the government will probably be unable to repay a €1.6bn loan from the International Monetary Fund, a scenario the country’s central bank has warned would trigger a “painful course” leading to exit from the eurozone and “most likely” from the EU.