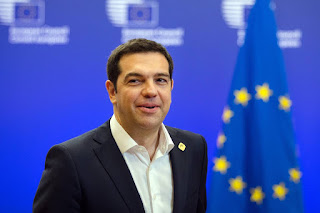 Greece’s lenders on Tuesday were scrutinizing a proposal seen as a potential breakthrough on a last-minute bailout deal, but significant concerns by more demanding creditors suggest that further days of tough negotiations lie ahead before an agreement can be clinched.

After months of virtual deadlock, officials emerged from a string of meetings in Brussels on Monday optimistic over a Greek concession on pensions. European officials hope that eurozone finance ministers can sign off on a policy package agreed to between Greece and the institutions overseeing its bailout program—the IMF, European Commission and European Central Bank—on Wednesday.

“I am convinced we will find an agreement, as an agreement is now possible this week,” European Economic Commissioner Pierre Moscovici said in an interview with French radio France Inter on Tuesday.

Posted by Yulie Foka-Kavalieraki at 12:49 AM