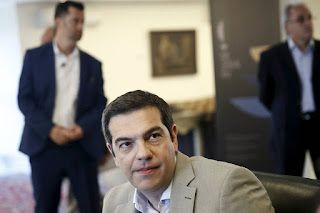 Greece’s creditors have reached a consensus on the terms of a proposed deal to put to the Greek government, according to two people familiar with the talks.

Officials representing European institutions and the International Monetary Fund on Tuesday morning completed the draft of an agreement to unlock bailout aid for Greece, after key European and IMF leaders met in Berlin late Monday to overcome differences between Greece’s creditors, they said.

Eurozone governments and the IMF have agreed to press Greece for far-reaching economic overhauls, while the IMF has softened its insistence that Europe offer explicit commitments to relieve some of Greece’s debt burden, the people said.

Greece’s high debt remains a contentious issue in the background between the IMF and European lenders, led by Germany, but isn't holding up the creditors’ proposal to Greece. IMF head Christine Lagarde warned at the Berlin meeting that debt restructuring will become necessary if Greece doesn’t enact thorough economic overhauls that improve its budget balance and lift its growth trajectory, these people said.