Greece must be saved from political, economic and social collapse 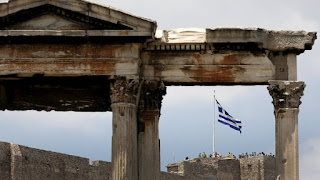 Without such an effort, which must be led by the EU, Greece will be sucked ever more deeply into the political radicalism, economic misery, organised crime, uncontrolled migration and even outright war that characterises an arc of countries from Bosnia-Herzegovina in the Balkans to Syria on the east Mediterranean coast.

It is irrelevant today to assign blame for what is shaping up as a Greek debt default and exit from the eurozone. The clock will not stop just because Greece’s eurozone partners — if “partners” is even the right word any more — have stated their patience is at an end. Greece is in south-eastern Europe, and the stability of south-eastern Europe is a matter of the highest importance to the EU and the Nato alliance.