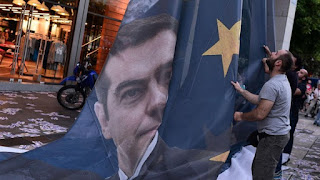 Talks between Athens and its international bailout creditors were expected to resume late on Sunday after Greek government officials were told to submit a final list of economic reforms in order to secure €7.2bn in desperately needed rescue aid.

The request came in a meeting in Brussels on Saturday between Nikos Pappas, aide-de-camp to Alexis Tsipras, Greek prime minister, and Martin Selmayr, chief of staff to Jean-Claude Juncker, the European Commission president who has played a central role in trying to broker an 11th-hour deal.

A spokesman for Mr Juncker would only say that talks would continue on Sunday. But others briefed on the talks said the meeting had been “difficult” and that senior eurozone officials were concerned whether a deal could be reached in time for Greece to access the aid before its bailout expires at the end of the month.

“Positions are still far apart,” said one EU diplomat. “It’s not certain there will be an outcome.”

Another senior eurozone official said the Greek team returned to Brussels on Saturday without new proposals and that Sunday’s evening session would be a “last try.”

“Greek movement [is] not discernible,” said the official. “I think they do not want a solution.”