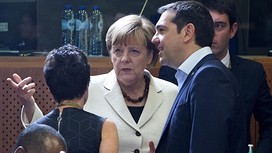 When, as now appears likely, Greece financially separates from Europe it will at one level be no one’s fault.

The trouble is that all the parties are going to get much more of what they fear from a breakdown than they would even from what they regard as an unacceptable compromise. Historians understand how the first world war was allowed to start but are still, a century later, incredulous that it happened. Financial historians may look back at the events of next week and wonder how Europe’s financial unravelling was permitted.

Make no mistake about the consequence of a breakdown. With an end to European support and consequent bank closures and credit problems, austerity in Greece will get far worse than it is today and it will probably become a failed state to the great detriment of all its people and their leadership.