Greece: Dispatches from the brink 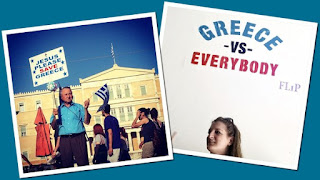 For Mikis, a trim-looking 73-year-old, the defining moment of Greece’s six-year long financial crisis came in 2012, when his 68-year-old neighbour committed suicide by jumping off the terrace of the next-door apartment building.

“He was someone everyone here knew,” he says. “It was a terrible shock.”

Over small cups of grainy Greek coffee, Mikis explains the plight of pensioners like him, hit by 10 successive income cuts in less than four years thanks to austerity measures agreed with the EU and International Monetary Fund.

“By the end of it my pension had been reduced by almost half . . . We went from being comfortably off to worrying about whether we could afford to buy heating fuel,” says Mikis, who did not want his surname to be used. “My wife took it badly. She’s been on antidepressants for nearly three years.”

Greece’s date with economic destiny appears closer than ever after last-ditch talks to avert bankruptcy at the end of the month failed and exasperated EU leaders were summoned to an emergency meeting on Monday. Though it could mark the final attempt to avert the country’s exit from the eurozone, crisis-weary Greek citizens show few public signs of panic. They have seen this movie too many times before.