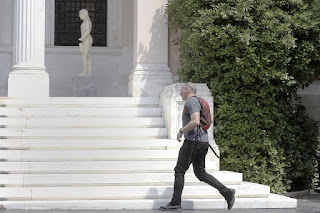 Greece’s government is considering new fiscal proposals to avoid a collision with its creditors on Monday, in what could be a last-ditch effort to avert capital controls and a debt default, according to two Athens officials.

Government members are putting together a plan they hope would achieve budget targets that bailout creditors want, while relying more on eliminating tax breaks and less on pension cuts than the lenders’ own proposal, the officials said.

The Greek cabinet is due to discuss the proposal on Sunday morning. It isn’t clear whether the cabinet under Prime Minister Alexis Tsipras will endorse the plan, which was being prepared on the weekend by Deputy Prime Minister Yannis Dragasakis and others who are considered among the more pragmatic members of the leftist Syriza-led government.