Greece and Creditors Head for the Brink 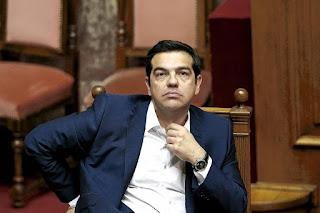 No one can be sure how the Greek drama will end, not least because it is no longer clear who, if anyone, is in control. Both sides have been bombarded for months by well-meaning advice to show flexibility and compromise to avoid an economic calamity in Greece and a geopolitical disaster for the eurozone and the world. Instead, positions have hardened to the point where the scope for compromise now looks vanishingly small.

Last week, Greece’s creditors offered what was effectively a take-it-or-leave-it deal to unlock Greece’s bailout cash before the program expires at the end of the month. Some eurozone officials had been hopeful that Prime Minister Alexis Tsipras would use a speech in the Greek Parliament to signal his willingness to accept the terms on offer. Instead, he called the proposal absurd and vowed to reject many of its key demands.

The creditors had clearly underestimated the scale of opposition to the proposals within Mr. Tsipras’s Syriza party and overestimated his willingness or ability to confront the party’s left wing. For his part, Mr. Tsipras appears to have overestimated how much flexibility he could expect from a process involving three independent, rules-based institutions with different mandates acting on behalf of 17 sovereign governments, each with its own political agenda. He called last week’s creditor proposal an “unpleasant surprise”—though the terms were broadly the same ones that the creditors have been demanding since June 2014, when the current bailout review began.