Greece and creditors are not really far apart 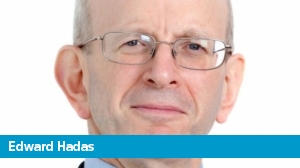 The Greek debt negotiations are not running aground over principles. They’re not disputes about substantial sums of money. Politics and pride led to the latest rupture of talks on Sunday evening. A deal can still be done, if only these powerful forces of division can be overcome.

It sometimes sounds like there is a passionate argument over grand principles of regional solidarity and domestic sovereignty. The Greek government speaks of red lines which cannot be crossed, most notably on state pensions. The euro zone and the International Monetary Fund declaim about fiscal responsibility and economic realism.

However, there is far more agreement than dispute. All concur that Greece’s economy cannot thrive without tackling tax evasion and curbing the government’s clientalism and smothering bureaucracy. To judge from the latest writings of Yanis Varoufakis, the Greek finance minister, and Olivier Blanchard, the lead economist at the IMF, there is no longer any dispute over the need for many years of Greek fiscal restraint, accompanied by many years of subsidised financing. Also, everyone admits the original restructuring plans worked very badly.