Four games the Greeks may be playing 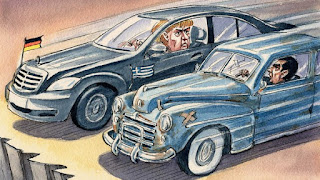 When the radical left won power in Greece in January much was made of the fact that Yanis Varoufakis, the new finance minister, is an academic economist. Many expected that Greece’s negotiating strategy would display a new subtlety and brilliance, now that it was guided by the co-author of Game Theory — A Critical Introduction .

Yet, a few months on, Greece is running out of friends and money. As a debt default looms, even some sympathetic commentators are baffled by the Athens government’s actions.

So what game are the Greeks playing? Here are four possible hypotheses:

Game 1: they are bluffing and they still think they can win. The Tsipras government may still believe that the EU will not ultimately tolerate the break-up of its most important project — the European single currency. The loss of political prestige would be too enormous; the risks of financial contagion too great. But the EU will not make serious concessions until the moment that it really believes that Greece is about to crash out of the euro. So some evidence of chaos and panic in Athens may actually be necessary to convince the EU that the end game is approaching.