Failure to agree to bailout increases probability of Grexit 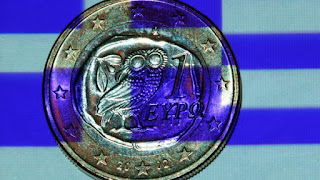 As I have argued before, this was the only rational decision for the Greek government to take. The programme that was proposed by the creditors would have prolonged the Greek recession by several years. Grexit, a Greek exit from the eurozone, would have more negative economic consequences in the short run. But at least there would be some upside for Greece eventually. The creditors programme was an economic version of Dante’s hell. It would have brought about the total economic destruction of Greece.

So what should happen now? The first thing to note is that the referendum will be meaningless. Even a ‘yes’ vote will not bring the programme back. And I cannot see a political majority in all the creditor countries for a new programme. The Germans will not do anything without the International Monetary Fund. And the IMF, in turn, will get defaulted on before the middle of the week.