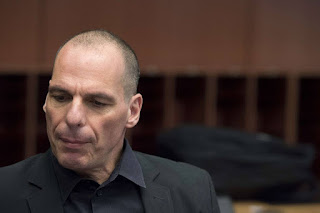 The eurozone rejected a Greek request for a one-month extension to its bailout Saturday, plunging the country into a period of high uncertainty and raising concerns about wider financial fallout when markets open on Monday.

Jeroen Dijsselbloem, who presides over meetings of eurozone finance ministers, indicated Saturday that the eurozone authorities were ready to deal with possible contagion.

After a meeting of ministers from 18 of the 19 eurozone member states here, Mr. Dijsselbloem, the Dutch finance minister, said the bloc would “make full use of all the instruments available to preserve the integrity and stability of the euro area.”

Eurozone finance ministers said they would now focus on making sure that turmoil in Greece won’t affect the stability of their own countries and would otherwise work on keeping Greece in the eurozone.

“Greece is and stays a member of the eurozone,” said German Finance Minister Wolfgang Schäuble. However, he declined to answer how the government could hold on to the common currency given its lack of money and the growing deposit outflows from its banks.