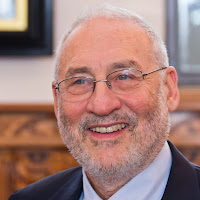 European Union leaders continue to play a game of brinkmanship with the Greek government. Greece has met its creditors’ demands far more than halfway. Yet Germany and Greece’s other creditors continue to demand that the country sign on to a program that has proven to be a failure, and that few economists ever thought could, would, or should be implemented.

The swing in Greece’s fiscal position from a large primary deficit to a surplus was almost unprecedented, but the demand that the country achieve a primary surplus of 4.5% of GDP was unconscionable. Unfortunately, at the time that the “troika” – the European Commission, the European Central Bank, and the International Monetary Fund – first included this irresponsible demand in the international financial program for Greece, the country’s authorities had no choice but to accede to it.

The folly of continuing to pursue this program is particularly acute now, given the 25% decline in GDP that Greece has endured since the beginning of the crisis. The troika badly misjudged the macroeconomic effects of the program that they imposed. According to their published forecasts, they believed that, by cutting wages and accepting other austerity measures, Greek exports would increase and the economy would quickly return to growth. They also believed that the first debt restructuring would lead to debt sustainability.