Europe wants Greece to suffer: The truth about the never-ending financial crisis & the cult of extreme austerity 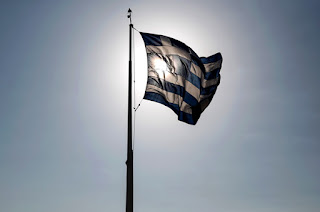 For someone who writes about economics, the situation in Greece offers two enticing elements: the ability to spin out moments of high drama, and the probability it will endlessly repeat forever. We’ve experienced five years (really, here’s one of my first stories on Greece, from April 2010) of wondering whether the deeply indebted country will exit the euro or submit to more painful conditions from its European creditors. Two governments – the center-right and the center-left – took the latter option, and paid dearly for it. Now the far-left Syriza appears poised to do the same, after delivering a new proposal to unlock bailout funds.

Meanwhile, the prospects for ordinary Greek citizens never changes, adding a nightmarish “Groundhog Day” touch to the proceedings. Regardless of whether the country is spiraling into near-default or praising a debt deal, unemployment has remained over 25 percent for the past three years. Half a decade into the Great Depression, there was at least some semblance of a brighter day; in Greece there are only gradations of misery. And what could break this terrible cycle is the only thing the political system and the public imagination cannot seem to contemplate: leaving the euro.