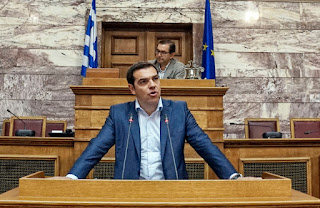 As Athens edges ever closer to the precipice of default, a thorny question looms for the European Union’s top lawyers: How to let Greece out of the euro while keeping it in the EU.

The worry is that European law could force Greece to abandon the EU before it can leave the eurozone.

At a time when anti-EU parties are on the rise across much of the Continent and the U.K. is debating its future in the union, Europe’s leaders don’t want to risk letting Greece go.

A departure would raise serious questions about the EU’s viability and cast doubt on the principle of solidarity at the heart of European integration. What’s more, Greece plays an important strategic role in Europe. Forcing the country out of the EU could drive it into the arms of Russia.