Could a Parallel Currency Help Save Greece From Drowning? 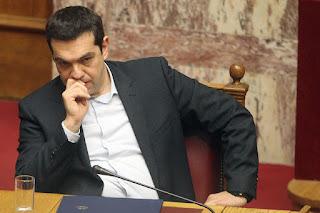 As Greece's financial plight worsens, an odd idea keeps popping up: a parallel currency alongside the euro that would circulate inside Greece and be used to pay for anything from taxes to food and clothing. Even German Finance Minister Wolfgang Schaeuble has said that Greece may need a parallel currency if talks with creditors fail, people familiar with his views told Bloomberg.

One version of the idea calls the second currency a TAN, for tax anticipation note. Another calls it a grec, for government reimbursement exchange credit. There's also the TCC, for tax credit certificate. In 2014, before becoming Greece's finance minister, Yanis Varoufakis pitched European governments on the FT-coin, where FT stands for future taxes and coin refers to bitcoin.

Details differ quite a bit, but the big idea is to free up euros to pay foreign debts and to juice economic growth by spreading more money around domestically. The money would be an IOU issued by the Greek government that could be passed from one person to another. The government could print a bunch of the new currency (or create electronic ledger entries if the currency is virtual) and spend it on whatever governments buy, including civil servants' salaries. People would in theory be willing to accept the money because it could be used to pay taxes.