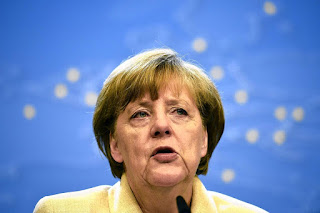 Athens implored Europe over the weekend to support a Greek referendum next Sunday on creditors’ bailout proposals, but much of the Continent responded with a quicker verdict of its own: enough already.

In Germany, Greece’s biggest creditor, large Sunday newspapers led with headlines such as “Game Over?” and the word “Exit” in ancient Greek. Leading politicians who had called for leniency with Athens in the past voiced fury, while many conservatives said it was high time for a Greek exit from the euro to be prepared.

Behind the scenes, German Chancellor Angela Merkel quickly signaled that she wouldn't support a short extension of Europe’s bailout scheduled to expire Tuesday to accommodate a Sunday referendum as long as the Greek government didn’t urge voters to back a bailout deal with Europe. In Brussels on Saturday, her powerful finance minister, Wolfgang Schäuble, vented his frustration with the Greeks hours after the referendum announcement.

“One can always say there is hope,” Mr. Schäuble said, “but none of the colleagues I have spoken to see any possibility of what we can do now.”