An offer that Greece should not refuse 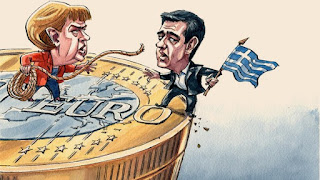 Greece should take the deal. The country’s creditors have tabled what has all the appearances of a final offer. Alexis Tsipras’s government should accept it. Athens will not achieve better terms and the alternative of default and likely exit from the euro would be worse for the Greek people.

The signs are not encouraging. The creditors’ proposals were hammered out at a meeting hosted by Angela Merkel. For all the Greek brickbats hurled at Berlin, the German chancellor has been more anxious than many to keep it within the euro. She understands that the geopolitical consequences of its departure would reach well beyond the inevitable financial shock. A fair inference would say Ms Merkel has pushed the International Monetary Fund as far as it will go.

Greece’s immediate response has been that Mr Tsipras would be the one presenting what officials described as a “last, best offer”. A kind interpretation would be that the prime minister has to play the politics of managing anti-euro hardliners in his own party; a harsher one that he has still to realise it really is one minute to midnight.

When politicians promise the impossible, the odds are that they will be found out. That is what has happened to the Syriza government. It offered the voters a shortcut out of the country’s dire economic predicament. They could throw overboard fiscal retrenchment and tough economic reforms and keep the euro. Now it is evident Mr Tsipras cannot deliver. More than that: the pain is unavoidable with or without default, inside or outside the euro.