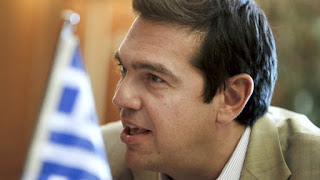 As politicians with Marxist backgrounds and an affinity for Russia, Alexis Tsipras, Greece’s prime minister, and colleagues from his ruling Syriza party will know all about the Brest-Litovsk treaty of March 1918.

Or let us hope they do. For what Mr Tsipras’s government now faces, if it wishes to strike a deal with Greece’s creditors and avoid a debt default and possible exit from the eurozone, is nothing less than a 21st century version of Brest-Litovsk.

Under this treaty’s harsh terms, Vladimir Lenin and the Bolsheviks, who had seized power in Petrograd in November 1917, capitulated to Germany, signing away almost half imperial Russia’s European territory, including Ukraine and the Baltic states, and a quarter of Russia’s entire population.

The Bolsheviks ceded control of most of Russia’s coal mines, half of its other industry and more than a third of its most fertile agricultural land. Lenin accepted this Carthaginian peace for one simple reason — to survive in power, so that he could carry out a revolution at home.