A last chance for Alexis Tsipras to choose country over party 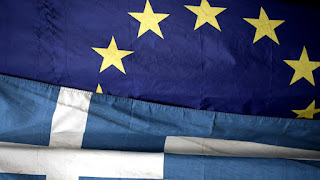 So Alexis Tsipras has failed. A weak hand was weakened as Greece became more isolated than ever before, and the pan-European anti-austerity front that he promised in the last election failed to materialise. Five months of negotiations have yielded nothing to match the radical rhetoric that swept him and his party to power.

But the failure is not the Greek prime minister’s alone. His predecessors failed as well, omitting at each stage to tell their voters the true story when they were in opposition and suffering the consequences once in power.

Compare the depression in Greece with the fortunes of Ireland, Portugal and Spain since the crisis erupted five years ago, and what stands out is the consistent preference of Greece’s political class for placing short-term party gain over the national interest. But as details emerge of the proposed new agreement, it is clear that the failure goes wider still and is not confined to Greece. The policy of austerity that has been forced on the country by its creditors, as Olivier Blanchard, the International Monetary Fund chief economist, acknowledged in 2013, made Greece’s recession longer and deeper than it need have been.

Now it is to be intensified. For all the reported differences between the IMF and the European Commission, it is clear that the tactics of Mr Tsipras have united his interlocutors, and united them specifically in their resolution to push Greece further down the same disastrous road as before.