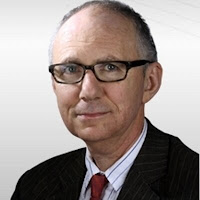 The good news is that a Greek default, which has become more likely after Prime Minister Alexis Tsipras’ provocative rejection of what he described as the “absurd” bailout offer by Greece’s creditors, no longer poses a serious threat to the rest of Europe. The bad news is that Tsipras does not seem to understand this.

To judge by Tsipras’s belligerence, he firmly believes that Europe needs Greece as desperately as Greece needs Europe. This is the true “absurdity” in the present negotiations, and Tsipras’ misapprehension of his bargaining power now risks catastrophe for his country, humiliation for his Syriza party, or both.

The most likely outcome is that Tsipras will eat his words and submit to the conditions set by the “troika” (the European Commission, European Central Bank, and the International Monetary Fund) before the end of June. If not, the ECB will stop supporting the Greek banking system, and the government will run out of money to service foreign debts and, more dramatically, to pay Greek citizens their pensions and wages. Cut off from all external finance, Greece will become an economic pariah – the Argentina of Europe – and public pressure will presumably oust Syriza from power.

This outcome is all the more tragic, given that the economic analysis underlying Syriza’s demand for an easing of austerity was broadly right. Instead of seeking a face-saving compromise on softening the troika program, Tsipras wasted six months on symbolic battles over economically irrelevant issues such as labor laws, privatizations, even the name of the troika.