A Greek Deal Is Still Possible 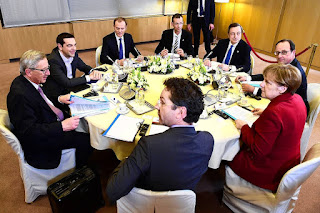 Greece’s long renegotiation of its second bailout program is now in the final stretch. On June 30, the current four-month extension of the 2012 bailout agreement expires. Without a deal, the €7.2 billion ($8.1 billion) yet to be paid to Athens under the bailout will no longer be available. On the same day, Greece has to make a €1.6 billion payment to the International Monetary Fund. Without some inflow of cash, the country will default on that payment, with consequences unknown but likely to be devastating.

The five months of negotiations between creditors and the government of Prime Minister Alexis Tsipras, who came to office in late January, have increased mutual suspicion instead of building trust. Mr. Tsipras this week accused those creditors of “pillaging” the country and of trying to “humiliate an entire people.” European Commission President Jean-Claude Juncker, widely considered the European leader who is most sympathetic to Athens, has charged that Mr. Tsipras is deceiving Greeks about the state of negotiations.

Heading into Thursday’s meeting of eurozone finance ministers, there remain significant disagreements on how to close to fiscal gap for this year and the next. With both sides claiming they have moved as far as they can, a sense of inevitability is growing about the failure of the negotiations. All over Europe, governments are reported to be stepping up their preparations for the eventuality of a default and Greek exit from the euro.