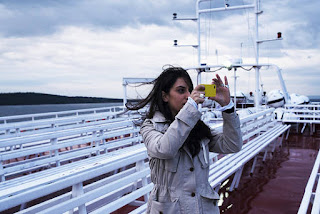 “So where in the U.S. are you from?” asked the Kenyan banker at the recent World Economic Forum for Africa in Cape Town. “I’m not from the States, I just learned English from Americans,” I said flatly.

I’m aware that the normal response would have been, “I’m not from the States, I’m Greek.” But this isn’t a normal time to be Greek.

I’m not sure if it was a desire to not talk about my country’s financial and social demise with yet another person who has yet another opinion, or that talking about Greece distracts me from my efforts to build a new life in Africa, away from Europe and its woes.

When you’re living abroad and your country’s in the news to this extent, two things happen: one, it becomes a constant item of conversation; and, two, you become a de facto ambassador, a defender, an expert, an apologist.

The other day a friend asked me to update him on what’s going on in Greece. I was too tired to even pretend to engage. I just said flat out: “I don’t want to talk about it.” Which, admittedly, was rude.