A Defining Moment for Greek Leader 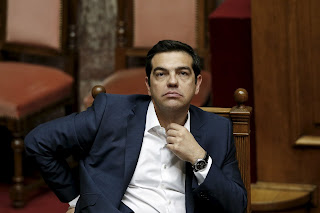 What sort of man is Alexis Tsipras?

The next few days will define Mr. Tsipras, Greece’s prime minister. He will have to choose between saving his country and sticking with a bankrupt far-left ideology. If he is smart, he can secure a few more concessions from creditors and a goodish deal for Greece. If not, he will drag the country into the abyss.

For months, Mr. Tsipras has been trying to ride two horses simultaneously. He has wanted to stop Greece’s defaulting on its debts and quitting the euro, while increasing public spending and unwinding reforms that are making Greece more competitive.

The prime minister continued this tricky double act in a speech to the country’s Parliament on Friday. He dismissed proposals from the eurozone and the International Monetary Fund — calling them “irrational,” “illogical” or “absurd,” depending on who was doing the translating to English — while also saying Greece was ready to compromise and was closer than ever to a deal with its creditors.