With Money Drying Up, Greece Is All but Bankrupt 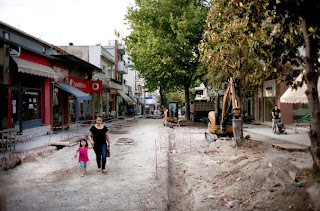 Bulldozers lie abandoned on city streets. Exhausted surgeons operate through the night. And the wealthy bail out broke police departments.

A nearly bankrupt Greece is taking desperate measures to preserve cash. Absent a last-minute deal with its creditors, the nation will run out of money early next month.

Two weeks ago, Greece nearly defaulted on a debt payment of 750 million euros, or about $825 million, to the International Monetary Fund.

For the rest of this month, Greece should be able to cover daily cash deficits of around 100 million euros, government ministers say. Starting June 5, however, these shortfalls will rise sharply, to around 400 million euros as another I.M.F. obligation comes due. They will then double in size on June 8 and 9.

“At that point it is all over,” said a senior Greek finance official who spoke on the condition of anonymity.