Why Syriza Will Blink 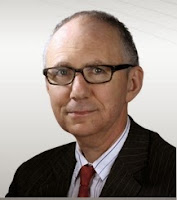 Once again, Greece seems to have slipped the financial noose. By drawing on its holdings in an International Monetary Fund reserve account, it was able to repay €750 million ($851 million) – ironically to the IMF itself – just as the payment was falling due.

This brinkmanship is no accident. Since coming to power in January, the Greek government, led by Prime Minister Alexis Tsipras’s Syriza party, has believed that the threat of default – and thus of a financial crisis that might break up the euro – provides negotiating leverage to offset Greece’s lack of economic and political power. Months later, Tsipras and his finance minister, Yanis Varoufakis, an academic expert in game theory, still seem committed to this view, despite the lack of any evidence to support it.

But their calculation is based on a false premise. Tsipras and Varoufakis assume that a default would force Europe to choose between just two alternatives: expel Greece from the eurozone or offer it unconditional debt relief. But the European authorities have a third option in the event of a Greek default. Instead of forcing a “Grexit,” the EU could trap Greece inside the eurozone and starve it of money, then simply sit back and watch the Tsipras government’s domestic political support collapse.