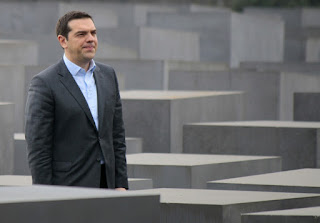 While the Greek economy and its financial system are increasingly at peril of a major collapse, Syriza has achieved virtually nothing in the negotiations with the troika. The key conditions for remaining €7.2bn disbursement from the second bail-out remain the same. Worse, a follow-on package is inevitable come July, and with Eurozone and IMF trust shattered, the conditions will have to be tough and the monitoring of the implementation is going to be very tight. Compared to what a hypothetically re-elected Samaras would probably have achieved, Tsipras has been an unequivocal disaster.

Are things coming to a head now? On Wednesday, May 28, the ECB apparently left the ELA limit unchanged at €80.2bn. This was only the second time since February that it did so and it comes as a surprise. Deposit outflows have re-accelerated according to some Greek media reports to €300m per day from €100m as recently as last week. This may not threaten the immediate liquidity position of Greek banks, who last week were said to have an ELA buffer of €3bn.

But there are two reasons for concern.

(1) The minority in the ECB who are openly worried about the impact of the deepening Greek recession on Greek banks solvency seems to be growing and putting pressure on the majority to limit the risks to the institution.