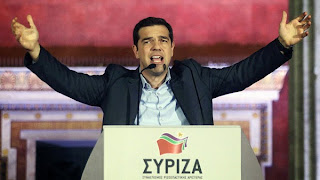 The Syriza-led government caused a stir in Greece last month when it made Leonidas Bobolas, a prominent businessman, pay €1.8m in back taxes to avoid being formally charged with tax evasion.

Mr Bobolas is the chief executive of Ellaktor, the country’s leading construction company, and his family is among the most powerful operators in the media sector. People like him have long been considered by the average Greek to be beyond the reach of the tax authorities, so his arrest became the talk of Athens . But there are reasons to doubt this blow for justice is the start of a successful campaign against the clientelism at the heart of the Greek malaise.

A succession of leaders, especially since 2009, has rightly indicted the ruinous effect of the clientelist mentality on the nation’s public finances and its competitiveness — but they were only paying lip service to the need for reform. There was little will to tackle the structures of favouritism on which the political system and its clients thrived.

Voters hoped Syriza — new to governing and so comparatively free of corrupt entanglements — would be more likely to cut the ties binding politics to rent-seeking special interests. This was always a false hope, as the leftwing government’s underwhelming record shows. Syriza cannot be the battering ram that crushes the ramparts of clientelism for the simple reason that it refuses to recognise vital aspects of it. For Prime Minister Alexis Tsipras, the problem lies exclusively in the collusion (or diaploki ) between the old governing parties and powerful families with significant media holdings. Their networks were chiefly tools to influence politics in order to entrench their position in other sectors, in particular construction and energy.