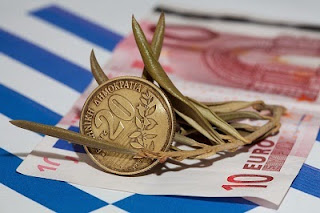 Money is the wild card of the capitalist game. In the past century, financial and monetary upsets recurred, with the Great Depression as the nadir. In the present century, just when the End of History was around the corner and political and economic democracy seemed victorious over all other social systems, the Great Recession hit. We do not yet have a complete picture of why this happened, but there is little doubt that our monetary arrangements proved defective. This was especially so when central bankers went beyond their duty to supply sound money and tried to manipulate the real economy: some even thought they had the means to get rid of the business cycle once and for all. The enemies of the free economy now sing three mantras: climate change, growing inequality, and the malfunction of financial markets. The first two I will leave to the care of statisticians, who can better analyze the defective extrapolations of data on which they are based. Today I will concentrate on money, an institution that is of the essence of the market economy and that gainsayers proclaim can, under no circumstances, be left to the market.

My Peruvian proposal for Greece

My thesis is as follows: A sound currency is a necessary condition for people safely making the free choices that lead to sustained growth. Sadly, however, sound money seems to be beyond the ingenuity of most countries. In some instances, monetary competition results in sound money, especially in Latin America, where the outstanding case of parallel currencies is Peru. In contrast is the failure of the 'eurolization' of Greece (if I am allowed the neologism), by which an outside currency, the euro, is imposed on a country incapable of fulfilling the necessary conditions for is success. My suggestion will be that Greece move to a scheme of parallel currencies of the kind I observed in Peru during my last visit there. With both the euro and a new drachma running in Greece, the country could stay in the Eurozone but do so under less offensive political restrictions and at a much lower social cost.