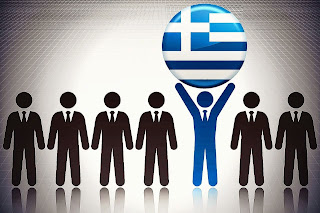 The sense of expectation in the small room was palpable. It was a mid-May morning and a group of 30 young Greeks, selected on the basis of academic achievement and an interview process, had gathered in the offices of Upstream Systems. They were there to learn what opportunities the company has to offer and what skills it is looking for.

Upstream embodies the virtues Greece needs in its companies if the country is to transcend its bankrupt economic model. Begun as a mobile-marketing company 15 years ago before the fertile union of mobile telephony and the Internet, over time Upstream evolved into a mobile-commerce company. These days, it sells goods and services via mobile phone—anything from gaming apps to microloans. Its revenue has shot up to €200 million ($222.6 million) from €35 million in six years. As much as 90% of that is earned in emerging markets, yet more than 75% of Upstream’s workforce is based in Greece.

Most Greek firms take little interest in employee satisfaction, fostering teamwork or giving their top people a sense of ownership. Youth tends to be kept down until it turns into age, and competitors are usually viewed as personal enemies whose downfall is more desirable than one’s own good performance.