Market calm on Grexit an eerie recall of pre-Lehman bets 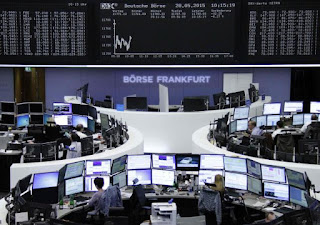 Relative calm on global markets during the latest Greek debt standoff more closely reflects the low probability assigned to a euro exit than how contained such a shock could be.

As Greece has returned to the precipice of another default and the outsize chance of Grexit - Greece being forced out of the euro zone - world markets have barely flinched.

Unlike the previous Greek crisis in 2012, the assumption is that banking and private sector exposure has been cut to near zero, financial firewalls have been put in place in the euro zone, and world prices have the Grexit risk factored in.

But no one really knows the true consequences of such an unprecedented move. What's more, investors' ability to discount low-probability but high-impact events - what are called tail risks - has been found wanting in the past, most spectacularly before the Lehman Brothers bankruptcy in 2008.