Key to a Greek Deal Lies With the People 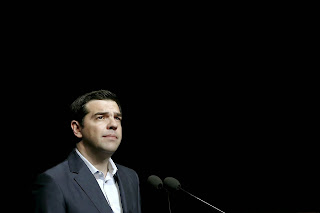 Most scenarios facing Greece are bleak. The country could default, introduce capital controls, forcibly convert savers’ deposits into bank capital, quit the euro and so forth.

But there is still a chance that things will end up relatively O.K. All those who care about Greece, starting with Prime Minister Alexis Tsipras, need to work hard on the least bad path forward.

This will require Mr. Tsipras not only to eat his words, but also to call a new election. The timing is tough, given a series of payments Athens needs to make to the International Monetary Fund and the European Central Bank in the next three months — but just doable.

The essential first step is for Greece to agree on a short-term deal with its creditors: to unlock 7.2 billion euros, or about $7.9 billion, worth of loans and avoid a bankruptcy that will probably otherwise occur next month. Given that the two sides are still far apart, this won’t be easy. On the other hand, Mr. Tsipras says he is hopeful about a deal — so maybe that indicates he is finally ready to make concessions.