Greece's radicals: The wild ones 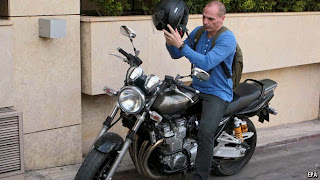 "Would [a Greek exit from the euro] be such a catastrophe?" asked Panagiotis Lafazanis, Greece's industry, energy and environment minister, at a two-day meeting of the governing Syriza party over the weekend. Mr Lafazanis is the leader of Syriza's Left Platform, the radical faction of an already radical left-wing party. At the meeting of the party's central committee, Left Platform argued for an alternative plan to Greece's ongoing efforts to negotiate an agreement with its creditors: the government should break off the bail-out talks, default on its loans from the International Monetary Fund and prepare the country for Grexit. A strong minority of the central committee's 350 members backed the radicals' plan. But ultimately Alexis Tsipras, the prime minister, won support for the government's negotiating efforts in a show-of-hands vote.

For weeks Mr Tsipras has sounded defiantly optimistic in the face of a worsening cash squeeze and excruciatingly slow bail-out negotiations with the European Union and the IMF. Though Greece’s plight is becoming desperate, Mr Tsipras still insists a deal will be struck with creditors by the end of this week, freeing up €7.2 billion ($7.9 billion) of bailout aid. That would be enough to prevent a default in June on a €1.6 billion loan repayment to the IMF and give the cash-strapped government some breathing room. The talks have made some progress since Mr Tsipras removed his free-wheeling finance minister, Yanis Varoufakis (pictured above arriving at the central-committee meeting on Saturday), from the negotiating process.

Yet Mr Tsipras’s previous assertions that Greece was on the brink of an agreement have all come unstuck. Last week, for example, his aides claimed that Angela Merkel, Germany's chancellor, would cut the “Gordian knot” of disputed issues at the EU summit in Riga. Instead, Mrs Merkel insisted the IMF, which is seen as more hardline than the EU, would have to approve any bail-out aid. A worried Mr Tsipras immediately asked the American government to try to soften the IMF’s tough conditions for a deal.