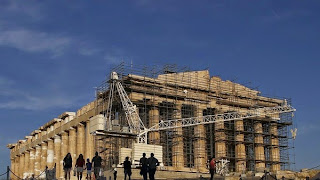 Greece took the unusual step of raiding its holdings of the International Monetary Fund’s de facto currency to make a €750m payment to the fund on Tuesday, in another sign of the country’s increasingly desperate cash crunch.

The €750m payment to the IMF on Tuesday was the biggest Athens has made to the fund so far this year. But it is just the first in a series of major payments to the IMF and the European Central Bank due in the coming months that have raised the spectre of a Greek default and exit from the eurozone.

Athens drew €650m from its holdings of the IMF’s Special Drawing Rights to make the loan payment and also give it room to disburse nearly €1bn on Wednesday to pay public sector salaries.

A Greek central bank official said Tuesday’s withdrawal from its SDR holdings was unusual but not unprecedented. He also said there was no specific deadline for replenishing the account but that Greece would be expected to gradually replace the funds over the coming months.