Greece seemingly has no Plan A or Plan B on debt 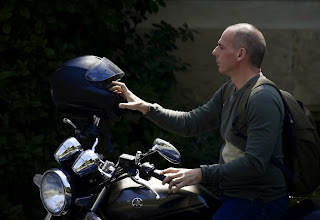 Strategy is a word with Greek roots. But, sadly the current government led by Alexis Tsipras doesn’t seem to have a strategy for extricating the country from its parlous state.

Its government lacks a credible plan for reaching agreement with its euro zone creditors and the International Monetary Fund. It doesn’t seem to have a thought-out fallback plan of how to default while containing the damage either.

Greek financial markets have perked up in the past few weeks, largely because Yanis Varoufakis, the combative finance minister, has been sidelined from discussions with the country’s creditors.

The new composition of the negotiating team has, indeed, led to more productive talks. But there is still a mountain to climb and little to no chance of a deal when euro zone finance ministers meet on May 11.