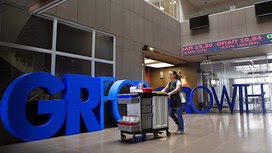 Even as the Greek government scrambled to reach an agreement on new economic reforms with its creditors in Brussels, it began reversing similar measures agreed during previous bailout negotiations in a parliamentary session in Athens.

A new law proposed by the leftwing Syriza-led government and passed Tuesday night opens the way to rehire thousands of workers cut loose from the country’s inefficient public sector in a reform enacted by the previous government.

The move came on the same day the new government announced changes to a finance ministry system of electronic procurements and public payments that was supposed to improve transparency and had been blessed by international lenders.

And it followed legislation passed last week to reopen the state broadcaster, ERT, which was shut down by the previous government as a cost-cutting measure.

The moves highlighted the conflicting impulses of Greece’s new left-wing government and creditors bent on securing economic reforms in exchange for their support.