Greece Could Bundle Its Next IMF Payments to Buy Even More Time. But at What Cost? 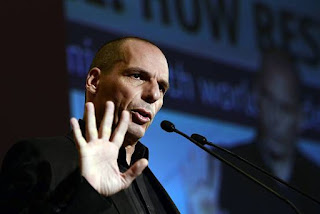 As Greece roots around for cash to cover upcoming bills amid stalled bailout talks, one option it could consider is bundling next month’s payments to the International Monetary Fund.

The Greek leadership, at this point, doesn’t appear to be considering the option and doesn’t see it as advantageous given concerns about the signals it could send, according to people familiar with the government’s thinking.

Obscure IMF rules allow Greece to clump its principal payments into one deposit that the government could ostensibly pay later in the month, without falling into arrears. Athens owes the IMF four principal payments totaling $1.7 billion in June. Should Greece seek to take advantage of the opportunity, bundling its IMF payments would buy Greece’s government more time for negotiations in the deadlocked bailout talks.

An IMF spokeswoman declined to say whether Greece had made such a request or even inquired about the option.