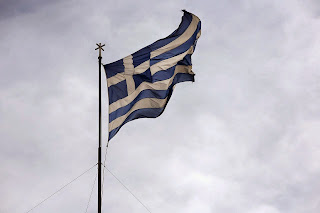 Greece on Tuesday completed a €750 million ($836.7 million) loan repayment to the International Monetary Fund, according to officials from the finance ministry and the Bank of Greece.

The Bank of Greece official said the money was paid from an emergency account held by the central bank after two meetings last week between Governor Yannis Stournaras, Deputy Prime Minister Giannis Dragasakis and Deputy Foreign Minister Euclid Tsakalotos, who manages Greece’s talks with international creditors over its bailout.

“In order for money to be taken from this account, the IMF had to approve it. It was given,” the Bank of Greece official said.