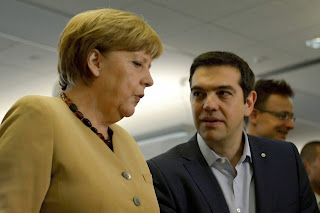 Greece and its lenders are casting around for ways to prevent the country from defaulting on debts to the International Monetary Fund in June, as negotiations to unlock bailout aid barely inch forward and the Athens government runs dangerously low on cash.

Greece needs financial help in some form by mid-June in order to repay a series of IMF loans falling due, several officials from the country and its creditors said. The Greek government is expected to be able to cover pensions and public-sector wages in May, and it can probably scrape together enough cash to repay a €300 million ($331 million) IMF loan on June 5, these people said.

But three subsequent IMF payments totaling €1.25 billion due in mid-June pose a severe challenge to Athens’s bare treasury, the officials say, and could force the government to either take politically costly measures such as raiding pension funds or delay the payments and risk an unpredictable fallout at home and abroad.