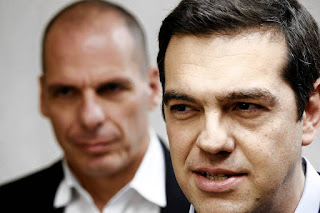 The Greek government has spent the past four months demanding a “political solution” to its debt crisis. The time may have come for the eurozone to offer it one.

Until now, Europe’s political leaders have been reluctant to be drawn into the process, preferring to hide behind the officials in the institutions formerly known as the Troika: the European Central Bank, the International Monetary Fund and the European Commission. Partly, that reflects practical and legal reality: elected politicians do not have the capacity or capability to negotiate the details of bailout programs.

But it also reflected a political reality: no one wanted to be seen to be sitting in judgment on a fellow eurozone member state’s budget. They preferred to stay one step removed, providing time and space for an inexperienced government to reach its own agreement with the creditors, reflecting its own political choices while respecting eurozone rules.

But the reality is that the bailout talks have gone—and appear to be going—nowhere. Despite daily assurances from Athens that a deal is imminent, eurozone officials say that the two sides remain “miles apart.”