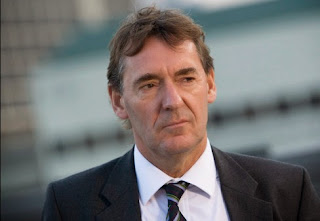 Having scratched together the 750 million euros ($845 million) it owes the International Monetary Fund and with a few weeks of cash left in its accounts, Greece is now being invited to join a club with a membership fee running into the billions.

The disclosure this week from Athens that Russia wants to make Greece the sixth member of the BRICS bank sounded like nothing more than a late April Fool’s joke to Jim O’Neill. He’s the former Goldman Sachs Group Inc. economist who in 2001 coined the term BRIC -- Brazil, Russia, India and China. South Africa was subsequently invited to join by the others.

Last year they set up a development bank to rival the IMF. It will have authorized capital of $100 billion with each founding member contributing $10 billion.

So what gives? Certainly Greece, whose economy has shrunk by about a quarter as it became of ward of the euro zone, doesn’t exactly meet the vision laid out by O’Neill to highlight the growing economic weight of developing nations.