Apple Could Make Money by Bailing Out Greece 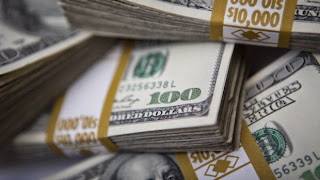 That Apple should buy Greece with all the useless cash it has on hand is just a joke that won't go away. Yet it's true that, if big American corporations and European politicians had any imagination, they could probably engineer a bailout for the nearly bankrupt country on terms that would benefit everyone.

Back in 2012, an investor attending Apple's general meeting asked Tim Cook, the chief executive officer, if he'd ever considered using the company's growing cash stash -- $97.6 billion at that point -- to acquire Greece. "We've looked into many things," but not that, Cook replied. Of course, entire countries can't be bought -- not even in novels, it seems. In Iain Banks's "The Business," such a deal fell through, even though the acquisition target was an obscure Himalayan monarchy, not an old democracy like Greece.

So everyone had a laugh and moved on. Things briefly got better for Greece when it received the biggest bailout in history, and private creditors agreed to a haircut. But its economy still failed to grow, and the country's debt burden, at 175 percent of economic output, remained unsustainable. Apple, in the meantime, more than doubled its hoard, which now amounts $194 billion in cash and equivalents. The company has been paying generous dividends and buying back stock, but the cash pile keeps growing. There's no way to invest it all. For years, Cook has been talking about mind-blowing products his company has in the pipeline, but he's only managed to come up with incremental improvements to existing products, an average streaming music service and an overpriced smartwatch, and these haven't required much capital. Unless Apple starts building cars -- or perhaps spaceships -- it will keep accumulating cash.